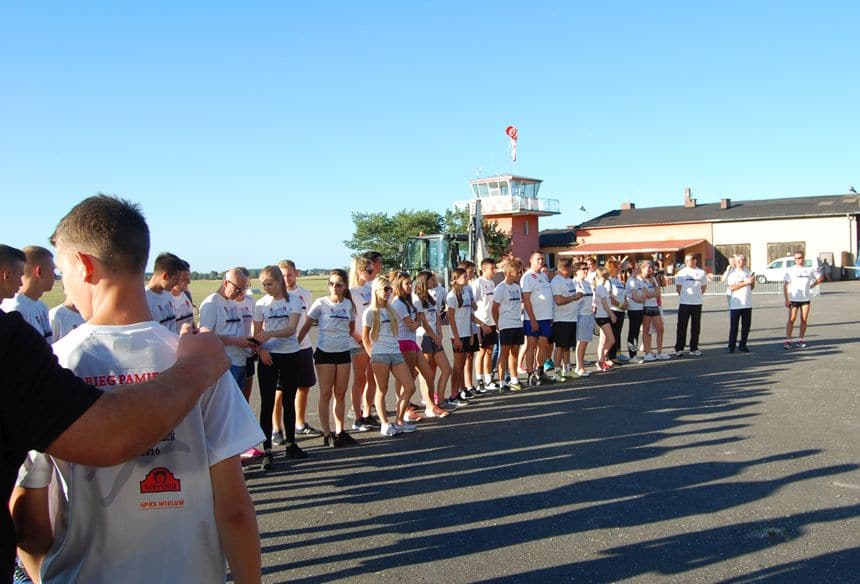 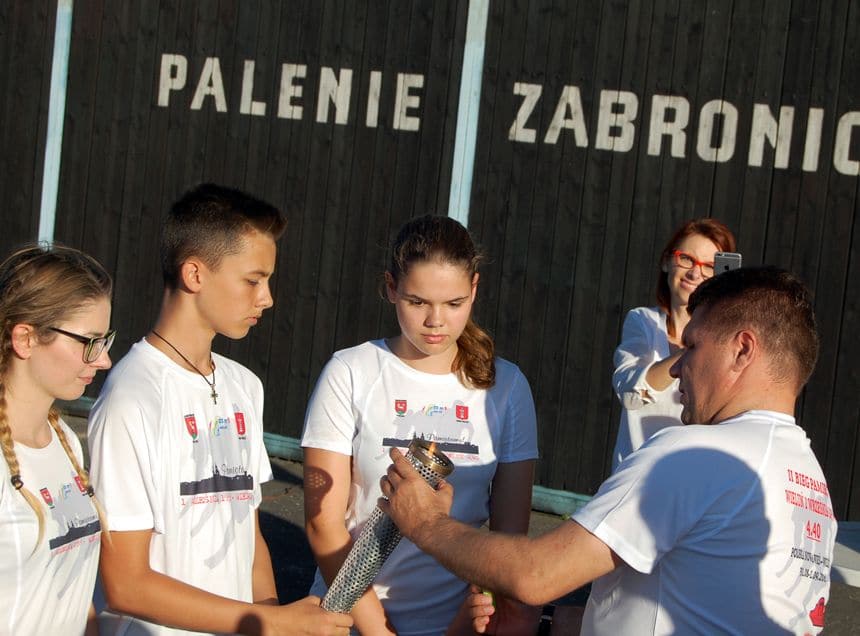 The Mayor of Wielun, Paweł Okrasa, ignited the torch of the barrel of Nowa Wieś to Wieluń 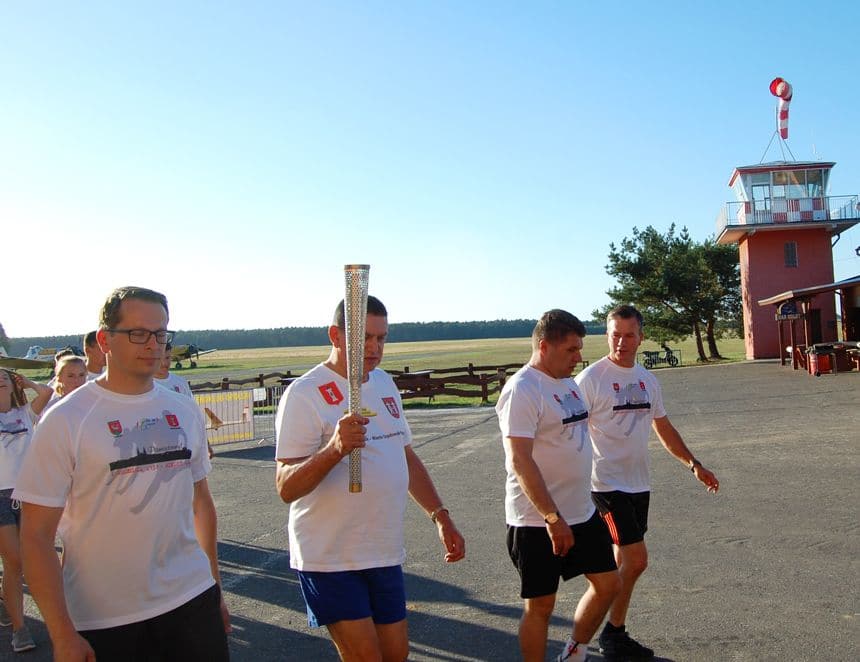 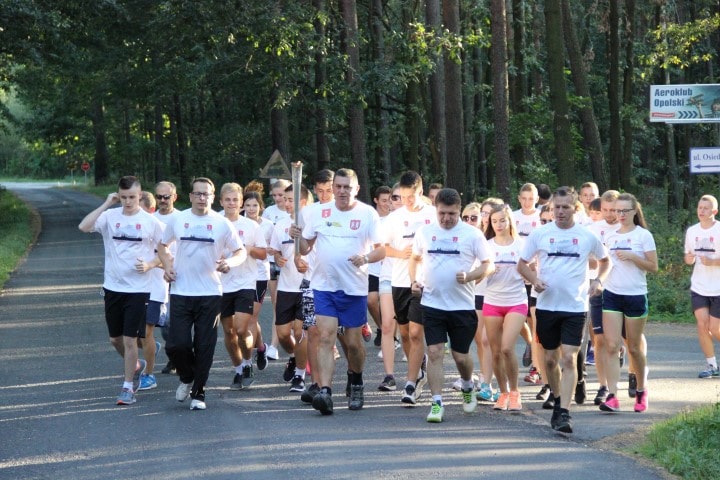 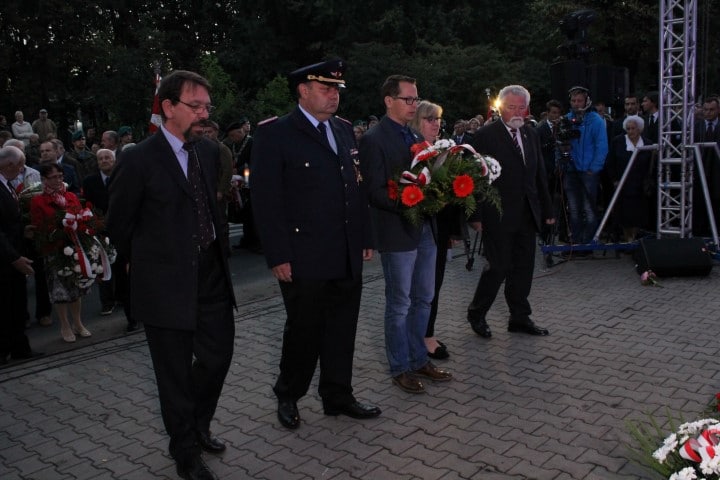 Laying a wreath at the monument to the memory of the victims of the bombing from 1 September 1939 at the time of the German attack Begins at 4:40 PM. From left to right: a member of the Partnership Association, Christian Wolters, for the youth exchange of fire departments of the twin towns Volker Keilholz, the municipality mayor Holger Frase and the local Mayor of Adelebsen, Kurt Prutschke.